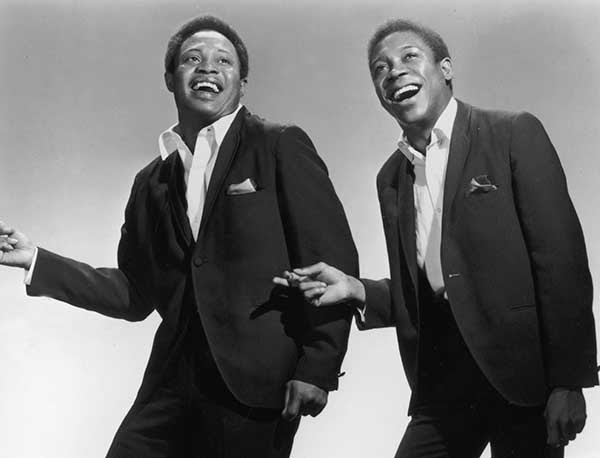 LOS ANGELES, Calif. – Sam Moore and Dave Prater – the Soul duo Sam & Dave which were one of the primary chart stars at the Stax and Atlantic labels in the ’60s, bringing the passion of gospel to their wailing soul side – were announced today by The Recording Academy™ as one of the recipients of the Special Merit Awards, The Lifetime Achievement Award. A special award presentation ceremony and concert celebrating the honorees will be held on May 11, 2019, in Los Angeles. Additional details regarding the ceremony will be announced in the coming weeks.

“Each year, the Recording Academy has the distinct privilege of celebrating music industry giants who have greatly contributed to our cultural heritage,” said Neil Portnow, President/CEO of the Recording Academy. “This year, we have a gifted and brilliant group of honorees and their exceptional accomplishments, contributions, and artistry will continue to influence and inspire generations to come.”

The Lifetime Achievement Award celebrates performers who have made outstanding contributions of artistic significance to the field of recording, while the Trustees Award honors such contributions in areas other than performance. The Recording Academy’s National Board of Trustees determines the honorees of both awards. Technical GRAMMY Award recipients are voted on by the Academy’s Producers & Engineers Wing® Advisory Council and Chapter Committees and are ratified by the Academy’s Trustees. The award is presented to individuals and companies who have made contributions of outstanding technical significance to the recording industry.

About The Recording Academy:
The Recording Academy represents the voices of performers, songwriters, producers, engineers, and all music professionals. Dedicated to ensuring the recording arts remain a thriving part of our shared cultural heritage, the Academy honors music’s history while investing in its future through the GRAMMY Museum®, advocates on behalf of music creators, supports music people in times of need through MusiCares®, and celebrates artistic excellence through the GRAMMY Awards®—music’s only peer-recognized accolade and highest achievement. As the world’s leading society of music professionals, we work year-round to foster a more inspiring world for creators.