Why aren’t my ads showing up on Google? 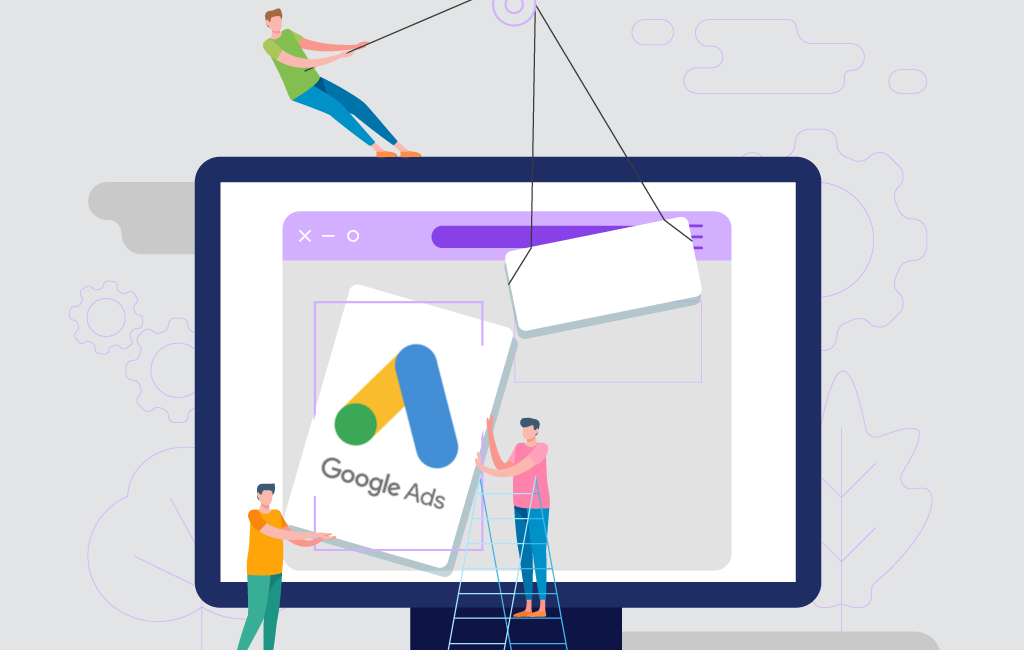 Every once in a while, I get a call from a client who is in panic mode because, their ads aren’t running on Google Ads. They checked on their phone, or laptop, for a key phrase and their ads were nowhere to be seen.

They assume their ads run all the time. Surely there must be something wrong if they don’t see them.

I’ll look into the issue because I know ads not running means losing out on potential business.

What I often find is that there is a reason their ads aren’t running and it’s not because of any error.

The budget is used up
You look into your account you see that you still haven’t reached your daily spend, so you assume that your ads still show be displaying.

The problem is the data is not in real time. The number of impressions being shown and more importantly, the number of clicks for the day usually isn’t up to the minute. Your budget was used up an hour ago, but the data hasn’t caught up to that.

One way to determine if this is the problem is to look if you’re getting often getting a warning that your campaign is Limited By Budget. This means your budget is typically used up while your ads still have time to run.

Next to the warning is a graphic with a graph on it. Click that and you’ll see what your daily budget should be. Obviously, the solution to this problem is to raise your budget, but this is easier said than done. You might not have the budget to reach this spending limit.

Another option would be to shorten the period in which your ads run. Review when you get the most conversions and eliminate the times of the day when you don’t convert, as well.

The budget is nearly used up
This is basically the same problem. While you may still have money left in your account, it is dwindling. This means your ads aren’t going to be shown all the time. Google is trying to ensure that your ads show up every hour they’re scheduled, even if its only a few minutes of that hour.

If they were, and a number of people clicked on your ad, then you’d be overspending significantly for the day. Google will go over as much as 100% of your daily budget on a particularly busy day but tries to avoid anything more. As a result, your ads will only show sporadically and often at a lower bid.

The Campaign is Set to Show Evenly Throughout the Day
Many people don’t realize when they set their budget the default is set to show ads evenly throughout the day. If you’re typically reaching your daily budget, Google and Bing will pause your ads occasionally so that they will appear throughout the day.

If you look early in the day and don’t see your ads, its because Google is holding back so that you still have room in the budget to run later.

If you’d rather have them run continuously then choose accelerated delivery. The problem here is that when your budget runs out, your ads are paused for the day and you could still have hours left in your schedule.

The Ads Are in Violation of Google Ads Policy
More serious reason ads aren’t running is because they’re in violation of some ad policy. I’m not talking about what you’re selling something that is prohibited such as guns or pharmaceutical products. If this were the case your ads wouldn’t even have appeared. Instead, I’m talking about things that can come up related to your ads.

A common one is that your destination is not working. This means your url isn’t working. It could be that your website is temporally down and you’re not aware of it. Another mistake that happens is that a website is updated and suddenly the page you link to in your ad has changed its url.

It could also be that you’re using trademarked terms in your ad, such as Dell or Apple. If you’re in fact legally eligible to include a brand name, then you’ll need to provide proof. This isn’t always easy. One of my clients was in fact, an Apple affiliate, but Apple wouldn’t provide proof of this until we had the correct logo in their specific dimensions prominently on the site.

There are a lot of brand names, however, and you might inadvertently have incorporated one into your ad without knowing it. You would see a warning that your ad is limited. If you see impressions for the ad you might be all right. If there are no impressions, then either appeal or revise it.

You’re Not Bidding Enough
The problem might not be with your ads or your budget. You’re simply bidding too low for a keyword. Often, you’ll see a warning in your keywords. Below First Page Bid along with an amount that would presumably get you to that first page.

One thing I would suggest is to look at your impressions and most importantly your clicks. While you might not be on the first page all the time you might appear there occasionally. If you’re getting enough clicks at your current price and don/t want to increase your bids then stand pat. Just be aware that you’re not going to be that your ad won’t be visible all the time.

Ideally, you want to be in the top 3 positions, but don’t do it if the bid is so high it’s no longer profitable.

Rarely Shown (low Quality Score)
Google Ads is not strictly about the highest bid. Google doesn’t make money if someone bids high, but no one clicks your ad. Instead they rely on Ad Rank to determine where ads appear. It’s your bid times your Quality Score. We’ve already reviewed bids, but now we must address Quality Score.

Here I’ll just give you a Cliff’s Notes version of what Quality Score is.

It’s your expected Click through rate based on your ad position, the relevance of your ad and the landing page experience. The part that gets the most emphasis here is your click-through rate. If people aren’t clicking on your ads, Google will replace it with a competitor’s ad that does get clicks.

As I mentioned there is a lot involved in Quality Score, but the main thing I’d advise is to make sure your ad is relevant to the keyword you’re targeting. And that the prospects who see that ad will be convinced you have what they’re searching for.

One of Your Ads Is Low Quality
Many clients ask me why their impressions share is lower for one of the ads they have running for a specific ad group. For example, you have two ads running for a keyword term to see which performs better. You have them set to run evenly, but one is showing fewer times than the other. That’s because Google finds one of the ads doesn’t meet their quality standards and as a result doesn’t often show on the first page of Google when it’s in play. This is a pretty strong indicator of a poor performing ad.

Negative Keyword Conflict
You might have once not offered a product or service and blocked it with negative keywords. Now you offer this and have forgotten about your negative keyword. You’ll see a warning when you log into your account. You just need to remove the negative and your ads will run.

Your impressions count
When clients tell me they’ve searched for their ads, I always remind them of one thing. Each time they do, it counts as an impression. Even if they’ve found their ad, they’ve increased the number of impressions and lowered their click-through rate. And if they look at their smartphones, they affect it in another way. For example, Google often shows only two ads usually at the top and if you don’t click on your ad, the next time you search you’ll likely see two different ads.

No matter what, searching for your ads manually is not a good idea.

How To Determine Why Your Ads Aren’t Showing.
The best option when looking to see if your ads are appearing is to use the ads preview tool provided by Google. You can safely check on your ad and in the process find out when your ads not appearing and why.

To get to this tool look for the wrench at the top of the screen. When you click on this look for Ad Preview in the left-hand column.

When using this tool make sure to set your target market. If you’re just advertising in Atlanta, then set this as your location.

Also keep in mind that you can set the device to mobile, tablet, or desktop.

There are a number of advantages to this tool outside of finding out if you’re ad is showing. It’s a good way to check on your ads if you’re in a different location than where they run. You can also see where its currently showing and what your competitors are also doing.

If you’re relying on pay per click to generate leads for your business, then you want your ads running when they’re supposed to be. Otherwise, potential leads are going to your competition.

If you’re looking for assistance with your campaign, then consider bringing in a Google Ads Consultant such as myself. Not only will I make sure your ads are running, but that they’re targeting your specific market. That you’re getting the highest return on your investment.